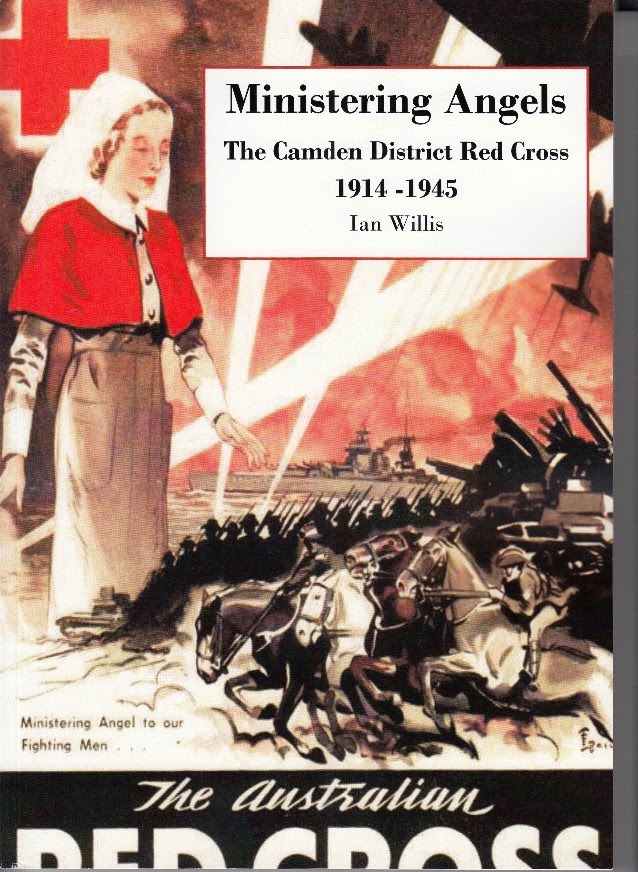 
The Camden District Red Cross is the story of conservative country women doing their patriotic duty in an outpost of the British Empire. From 1914 Camden district women joined local Red Cross branches and their affiliates in the towns and villages around the colonial estate of the Macarthur family at Camden Park. They sewed, knitted and cooked for God, King and Country throughout the First and Second World Wars, and during the years in-between. They ran stalls and raffles, and received considerable community support through cash donations from individuals and community organisations for Red Cross activities.


Camden’s Edwardian women, Enid Macarthur Onslow, Sibella Macarthur Onslow and their ilk, provided leadership at a local, state and national level. These women were intelligent, wealthy and powerful with extensive transnational networks between Camden, Sydney, Melbourne and London. Their families, along with others from the district, provided their fathers, sons and brothers as imperial warriors for Australia’s overseas military excursions from the time of the Boer War, and local women worked to support ‘their boys’. The leadership group created ground-breaking opportunities that empowered country women and allowed them, within the strict confines of rural life, to exercise their agency by undertaking patriotic activities for the first time.


The Red Cross encouraged women to immerse themselves in the ministering angel mythology and serve ‘their boys’ by volunteering at branch sewing circles and fundraisers, and as voluntary aids at military, civilian and Red Cross hospitals.


Their stories were the essence of place, and the success of the district branches meant that over time homefront volunteering became synonymous with the Red Cross.

And read more in Ministering Angels

See the Red Cross display at the Camden Museum here

See details of book here
Posted by camden history notes at 15:58 No comments: