The Camden Historical Sociey is hosting a talk and slides by University of Wollongong historian Dr Ian Willis at its meeting on Wednesday 8 February 2017.

The topic of the talk is 'The Cowpastures, just like an English landscape' where he will speak about how the early colonial settlers of the Cowpastures re-shaped the Australian countryside into an English-style landscape. 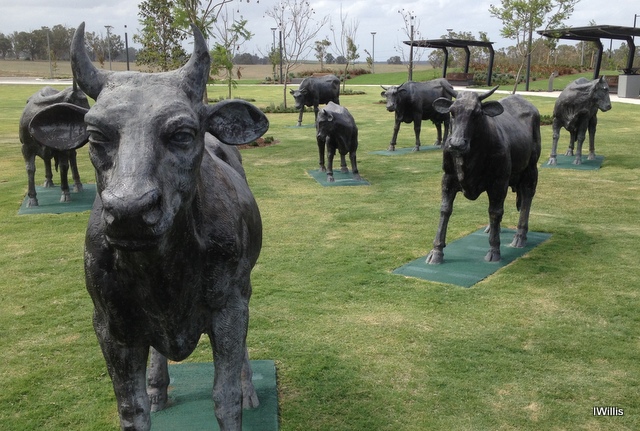 
The early colonial European settlers in the Cowpastures were the key players in the story of creating an English-style landscape along the Nepean River.

The settlers took possession of the countryside  from the Dharawal Aboriginal people and re-made it in their own vision of the world.

They constructed a cultural landscape made up of an idealised vision of what they had left behind in the ‘Old Country’.

For the European settlers the new continent, and particularly the bush, had the elements of the Gothic with its grotesque and the demonic, and the English-style landscape aesthetic they created was one attempt to counter these forces.

Settlers used the aesthetic to assist the creation of a new story on an apparently blank slate and in the process dispossessed and displaced the Indigenous occupants.

The new landscape was characterised by English placenames, English farming methods and English settlement patterns, with only cursory acknowledgement of Indigenous occupation.

The early settlers had such a profound impact on the countryside that their legacy is still clearly identifiable today even after 200 years.

Read more about the history of the Camden District here

Posted by camden history notes at 18:56 No comments: