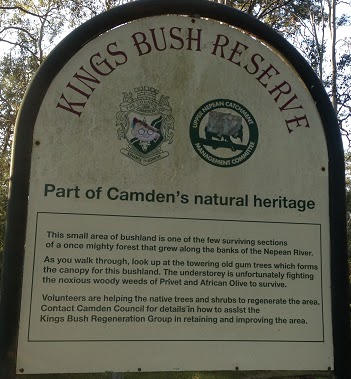 King's Bush is the reserve adjacent the river's edge and  is named after Cecil J King, the rector of St John's Church between 1893 and 1927. According to John Wrigley, King kept his horse in the paddock next to the river and swam at the same spot in the river.  Reverand King was a keen sports fan and played for the Camden Cricket Club and was the teams wicket keeper for a number of years. In 1927 he was the patron of the Camden Golf Club  and president of the Union and St John's tennis club. King was ordained at St Andrew's Cathedral in Sydney in 1887 by the Bishop Barry of the Sydney Archdiocese. (Camden Advertiser 2 June 1949)
﻿
Read more  @ John Wrigley, Place Names on the Camden Area, Camden, CHS, 2005. 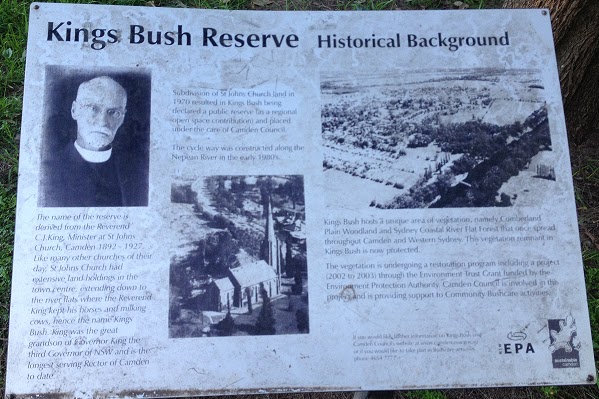 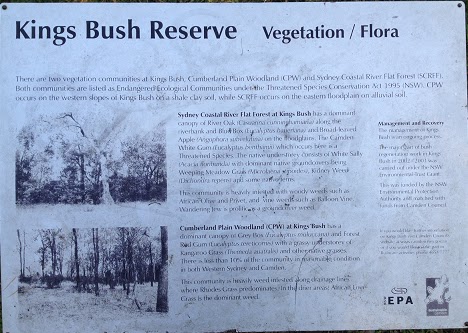 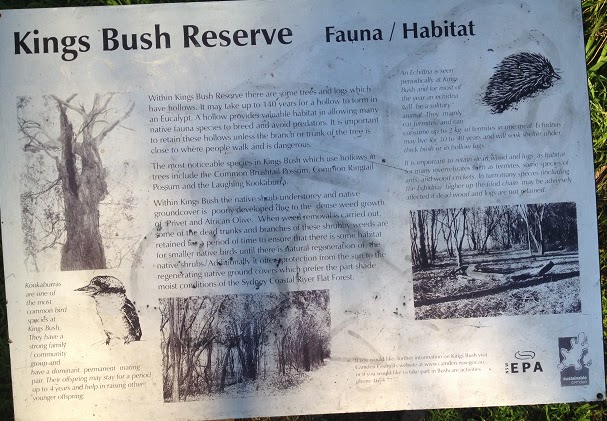 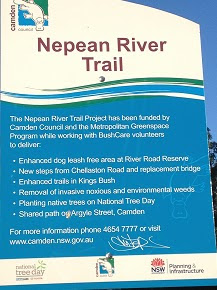 Posted by camden history notes at 01:24 No comments:

Gilbulla is an Arts and Crafts style mansion built in 1899 by James W Macarthur Onslow after his marriage to Enid. The house was designed by John Sulman from Sydney architects Sulman and Power.

In 1919 the house was the venue for the marriage of James and Enid's daughter Helen to Captain RC Stanham with over 300 guests including the wife of the Governor-General Lady Helen Munro Ferguson.

In 1927 the Duchess of York, later the Queen Mother, visited Gilbulla on a visit to Australia with her husband for the opening of Parliament House in Canberra.

After Sibella's death in 1943 the Australian Red Cross rented the property for use as a rehabilitation hospital for returning soldiers who were suffering from nerve conditions.

The Anglican church purchased the property in 1949 to be used as a CENEF conference centre.

Gilbulla was purchased by Ellel Ministries in 2002 and are the current owners.

Gilbulla was opened to the public for the first time in 2012 for many years.

Posted by camden history notes at 03:48 No comments:


Local folk from the Camden district have been going to Wollongong and the South Coast for beach holidays for generations. It is a time to relax, chill out, slow down, drop out, and generally escape the hum drum of  daily existence of home and work.﻿﻿﻿﻿
﻿

﻿﻿
The seaside holiday has been more than that. The development of the beach holiday owes much to the Industrial Revolution of the late 1800s and the shorter working week and increased wages of ordinary workers. Australian’s copied the English Victorians and their interest in health and well-being and particularly cold-water bathing. The scurge of diseases like tuberculosis (or consumption as it was known) were constant threats to health and well-being of people. The inter-war period (1919-1939) saw the added influence of modernism, consumerism, movies and tourism on the mobility and spending patterns of people. All these contributed to the attraction of the beach.

Camden folk were influenced by all these social and cultural trends. Swimming had become popular before the First World War as Peter Mylrea found in his history of swimming (Camden History, March 2006). The Camden Aquatic Sports were held in the Nepean River in 1909 and the foundation of the Camden Swimming Club in the 1920s. But for young people the beach provided the lure of the exotic when compared to swimming in the Nepean River.


The beach attracted the attention of Camden families particularly during the Inter-war period. Local marriages were consummated with a honeymoon to Manly Beach for the weekend. Manly was accessible by steam train and ferry, and was far enough away to seem like another world for a newly wed farm labourer and his sweet-heart. The railway also provided easy access to Wollongong beaches, particularly localities like Kiama. The motor car provided mobility and the South Coast provided an escape to stay in a boarding house or camp.


After the Second World War the boom in the motor car travel meant that Camden families could drive further for a beach holiday. One ever popular location was Kiama. Other beach localities started to draw the attention of Camden families, particularly Jervis Bay and St George’s Basin.


Geoff McAleer reported that in his youth in the 1940s and 1950s on the annual Christmas holiday at the beach in Wollongong. The beach was Wollongong’s North Beach and the McAleers holidayed at Stuart Park Caravan Park.  The McAleers were joined on the Christmas beach holidays by the Holyoakes, Dunks, Williams and the Cliftons. It was a popular location with Camden families because, according to Geoff, ‘it was close to Camden, only a 40 minute drive and it was good body surfing spot.’ There were no surf boards then according to Geoff. That would come in the 1960s. On occasions Geoff and his Dad, Hubert, would have a boys weekend away at Stuart Park. Geoff took his sweetheart, later to be his wife, Olive there for Christmas holidays with the family in 1949. The popularity of Stuart Park owed much to the presence  a safe beach on the estuary of Fairy Creek, away from the surf, called Fairy Beach. The beach was sheltered and popular for swimming and boating from the 1920s. Unfortunately for patrons the  caravan park was closed in 1964 but under public pressure was re-opened in an adjacent location in 1966. It was eventually closed permanently in 1970. The park had a kiosk as well as a camping area and was popular with day-trippers for picnics.


Wollongong beach-side caravan parks have come under pressure to be closed and caravans evicted in recent decades. One spot where Camden families still have a beach caravan holiday is Bulli Beach camping reserve. Cheryl, who has a caravan at Bulli Beach, along with a number of other Camden families enjoy the escape it provides from ‘the rat race’. She says that a number families have had permanent vans at the park, which have been passed down between the generations. They all escape Camden on Christmas holidays and long weekends. It is a great spot for all sorts of recreation.

Where do you go to the beach?

Beach holidays have always been important for Camden district families. Do you have memories of holidays at Wollongong and South Coast beach holidays. Historian Ian Willis is collecting stories about beach holidays from Camden families who might have stayed at beaches in the Wollongong area, Kiama, Gerroa, Shoalhaven and the South Coast. Has your family had a beach holiday in the same spot for generations? When you go to the beach? What did you do? Where did you go? How did you fill in your time? What was your favourite spot?
Posted by camden history notes at 00:34 1 comment: