Camden has quite a number of Edwardian cottages in the town area, on surrounding  farms and in local district villages.  They are typical of the early twentieth century landscape in the local district. The housing style was evidence of the new found confidence of the birth of a new nation that borrowed overseas trends and adopted them to suit local conditions. These style of houses were a statement of the individualism and the national character.

The name Edwardian is loosely attached to cottages and buildings erected during the reign of Edward VII from 1901 to 1910. This period covers the time after the Federation of the Commonwealth of Australia in 1901 when the six self-governing colonies combined under a new constitution. They kept their own legislatures and combined to form a new nation.

Examples of Edwardian style cottages, including in and around Camden, were an Australian version of English Edwardian houses. Houses were plainer in detail, some with lead lighting in the front windows. Australian architecture was a response to the landscape and climate and the building style tells us about the time and the people who built them, how they lived and other aspects of Camden’s cultural heritage.

The Edwardian style of housing also includes a broad range of styles including Queen Anne, Federation, Arts and Crafts and Early Bungalow. These styles often tend to be asymmetrical with a projecting from gable, can be highly decorated with detailed work to gables, windows and verandahs. Edwardian style cottages often fit between 1900 and 1920, although the style extends beyond this period influencing the Interwar style housing.

A number of Camden Edwardian style timber cottages have a projecting room at the front of the cottage with a decorated gable, adjacent to a front verandah, with a hipped roof line. This housing style is often characterised by a chimney that was a flue for a kitchen fuel stove and chip copper in an adjacent laundry. In some houses plaster cornices were common, sometimes there were ceiling roses, skirting and architraves. A number of houses have been restored while unfortunately many others have been demolished. 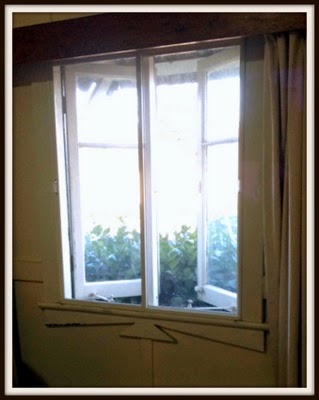 Some Camden Edwardian homes had walls of red brickwork, sometimes with painted render in part. While there are many examples in the local area of timber houses with square-edged or bull-nosed weatherboards.  Sunshades over windows supported by timber brackets are also common across the local area.

Doors in Edwardian style houses typically have three or four panels, with entry doors sometimes having an ornamentation. Common windows were double hung while later cottages may have had casement windows especially in the 1920s. Some cottages have return L-shaped verandahs, sometimes roofed with corrugated bull-nosed iron. Verandah post brackets had a variety of designs, with lattice work not uncommon feature. Verandahs featured timber fretwork rather than Victorian style cast ion lacework for ornamentation. Front fences may have had pickets, or just a wire fence in country areas. 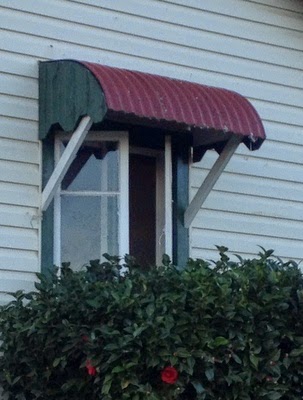 Gardens were often more complex than Victorian examples. Amongst Edwardian gardens growing lawns became popular. Sometimes had a small tree in the front yard which could frame the house and might separate it from adjacent houses. Common trees included magnolia, elm, tulip tree or camellias, while shrubs and vines might have been agapanthus, agave, St John’s Wort, plumbago, standard roses, begonias, day lily, jasmine and sometimes maidenhair ferns.

In the March 2014 edition of Camden History Joy Riley recalls the Edwardian cottages in John Street. Joy Riley vividly remembers growing up as a child and calling one of these cottages her home. ‘I lived at 66 John Street for the first 40 years of my life before moving to Elderslie with my husband Bruce Riley. The two rooms of 66 John Street were built by the first John Peat, Camden builder, to come to Camden. In the 1960s I had some carpet put down in my bedroom, the floor boards were so hard, as they only used tacks in those days to hold carpet, the carpet just kept curling up.’ She says, ‘The back of the house was built by my grandfather, William Dunk. They lived next door at 64 John Street. He also built the Methodist Church at Orangeville or Werombi.

Another Edwardian style house is Yamba cottage at Kirkham. It was built around 1920, fronts Camden Valley Way and has been a contested as a site of significant local heritage. The building, a Federation style weatherboard cottage, became a touchstone and cause celebre around the preservation and conservation of local domestic architecture. This is a simple adaption of the earlier Victorian era houses for Fred Longley and his family who ran a small orchard on the site. The Yamba story is representative of smallholder farming in the Camden LGA, which has remained largely silent over the last century.  Yamba speaks for the many small farmers across the LGA who have not had a voice and were an important part of farming history in the local area.

Edwardian country cottages are not unique to the Camden area and can be found in many country towns across New South Wales and inter-state. Toowoomba has a host of these type of homes and published the local council publishes extensive guides explaining the style of housing and what is required for their sympathetic restoration in the online publication called The Toowoomba House (2000). More elaborate Edwardian houses with extensive ornamentation can be found in Sydney suburbs like Strathfield, Burwood and Ashfield.

For those interested in reading more there a number of good books on Australian Edwardian houses at your local library and there are a number of informative websites. Edwardian style houses have had a revival in recent decades and contemporary house can have some of their features. For example some are evident in housing estates at Harrington Park, Mt Annan and Elderslie.